Rats and Spring and Crawly Things 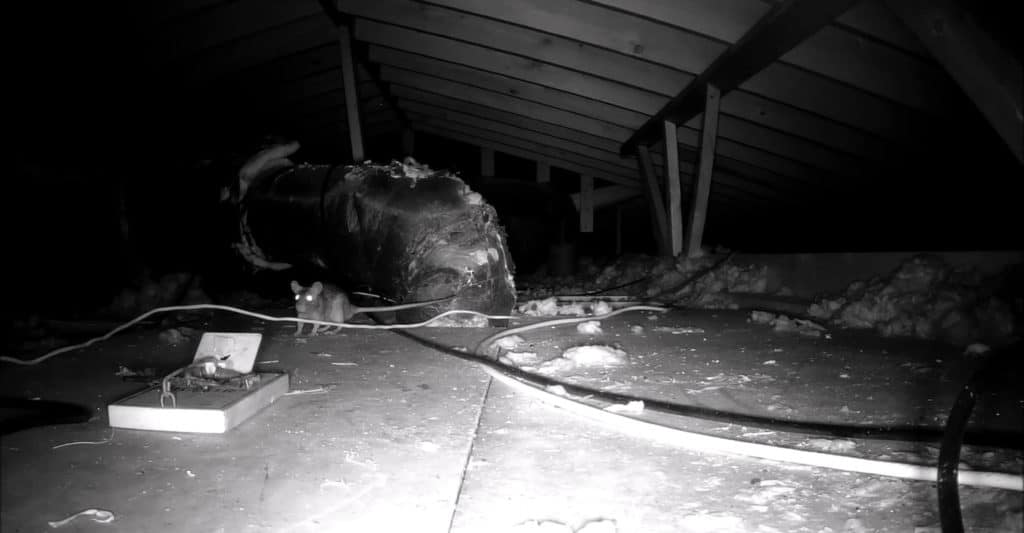 What’s the best rat bait to use when trying to trap rats? If you answered cheese or peanut butter, you’d be wrong—though a lot of people think so. While it is true that rats will eat just about anything, they do have preferences.

Rats are a major problem in our coastal towns of New Smyrna Beach, Daytona Beach, Ormond Beach, and Flagler Beach. Rats thrive in the scrub and mangroves along the Florida coastline. 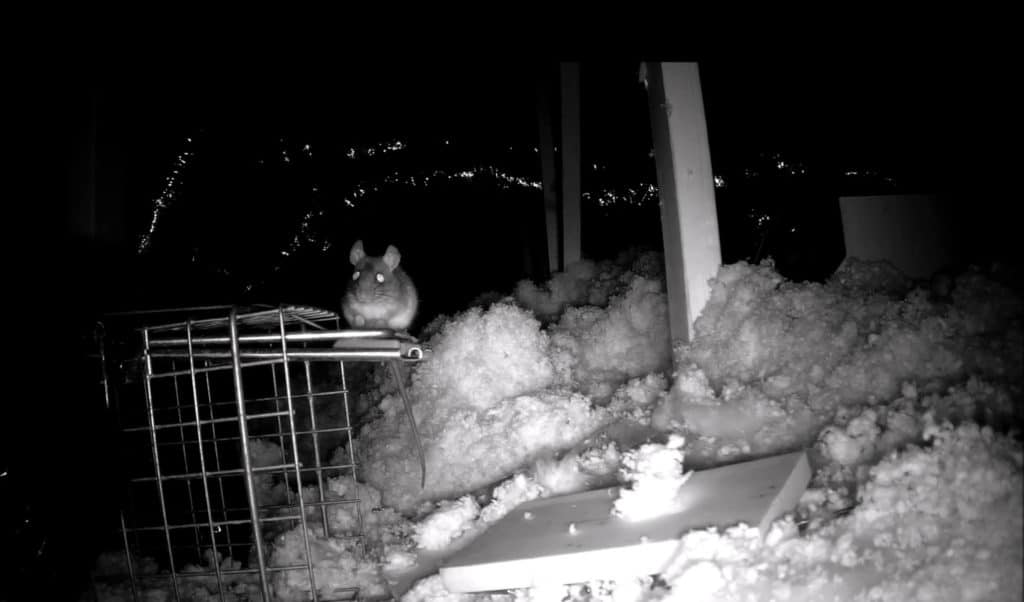 The two main types of rats we find are roof rats (also called house rats) and Norway rats. Roof rats get their name from where they’re usually found, in attics and roofs. 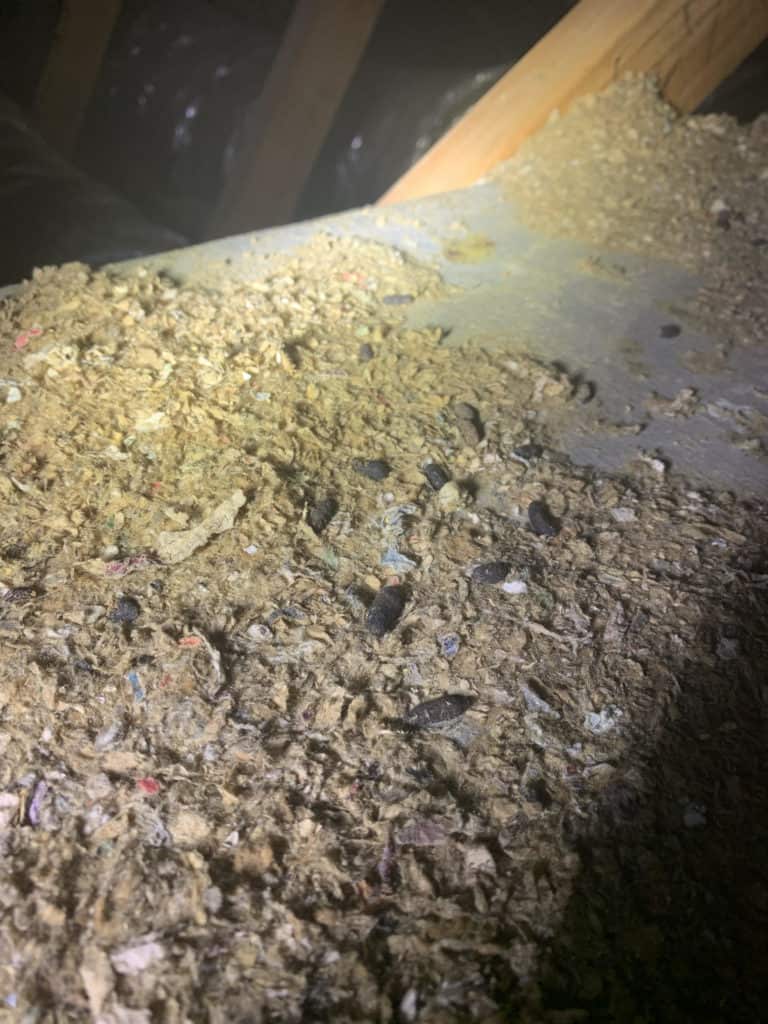 It is in the rat’s nature to climb high up in palm trees to eat the berries. They also like to eat the fruit of citrus trees. Identifying which rat species you’re dealing with is a major factor in choosing the right kind of bait to use.

Since roof rats prefer citrusy food items, it would be unwise to try

to trap these rats using meat, cheese, or peanut butter. While it is true rats will eat anything, they prefer some foods over others. Using a candy fruit gummy does the job nicely.

Rats avoid anything new in their environment; when snap traps are placed where rats are feeding, they avoid the trap. At first, they will be very wary about going near the trap. Eventually the rat gets used to the trap’s presence.

The bait should be affixed to the rat trap in a manner so that it cannot be easily pulled off by the rat. Make sure to fix the beach of the trap strongly so that when the rat tugs on the bait it will spring and catch the rat.

Poison should never be used inside a home or business except in very extreme circumstances. The problem with using poison indoors is that the rat may live for a few hours after consuming the poisonous bait. In that time, it can travel a good distance before dying. If it dies in an area not accessible for removal, the smell of a decaying rat will stink up the residence for three weeks or more. In addition to the bad smell, flies will also become numerous causing a serious problem.

Call Dave’s Pest Control at the first indication of a rat problem. Our technicians know to rid the premises of rodents safely and effectively. 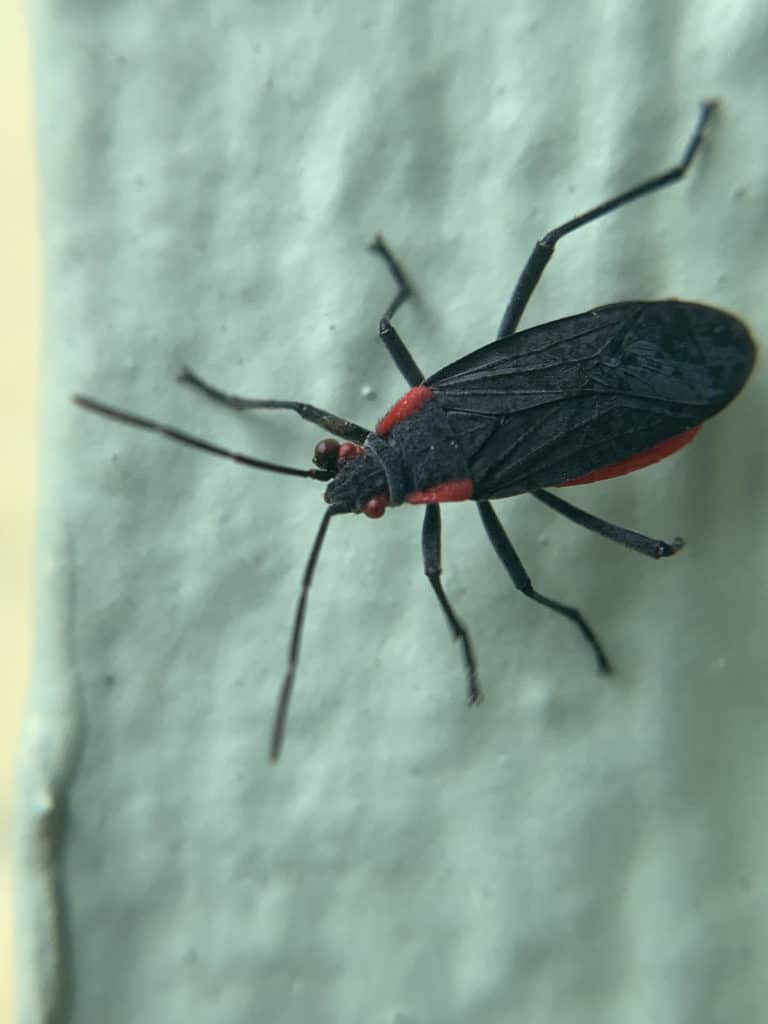 With summer arriving on the heels of spring, seasonal bugs are on the move. By early spring, overwintering boxelder bugs emerge from hibernation and return to their host trees. They can be seen crawling on trees and up the sides of homes. Their large numbers can be alarming if you haven’t seen them before—or maybe even if you have!

Boxelder bugs get their name from the boxelder trees where they are often found. They also may be found on maple, ash, and some fruit trees. The adult’s vibrant colors of red and black make them easy to identify, although sometimes they are mistaken for mites or ticks because they look slightly alike. The nymphs are all red and can be very small and can be seen on the trunks of trees. 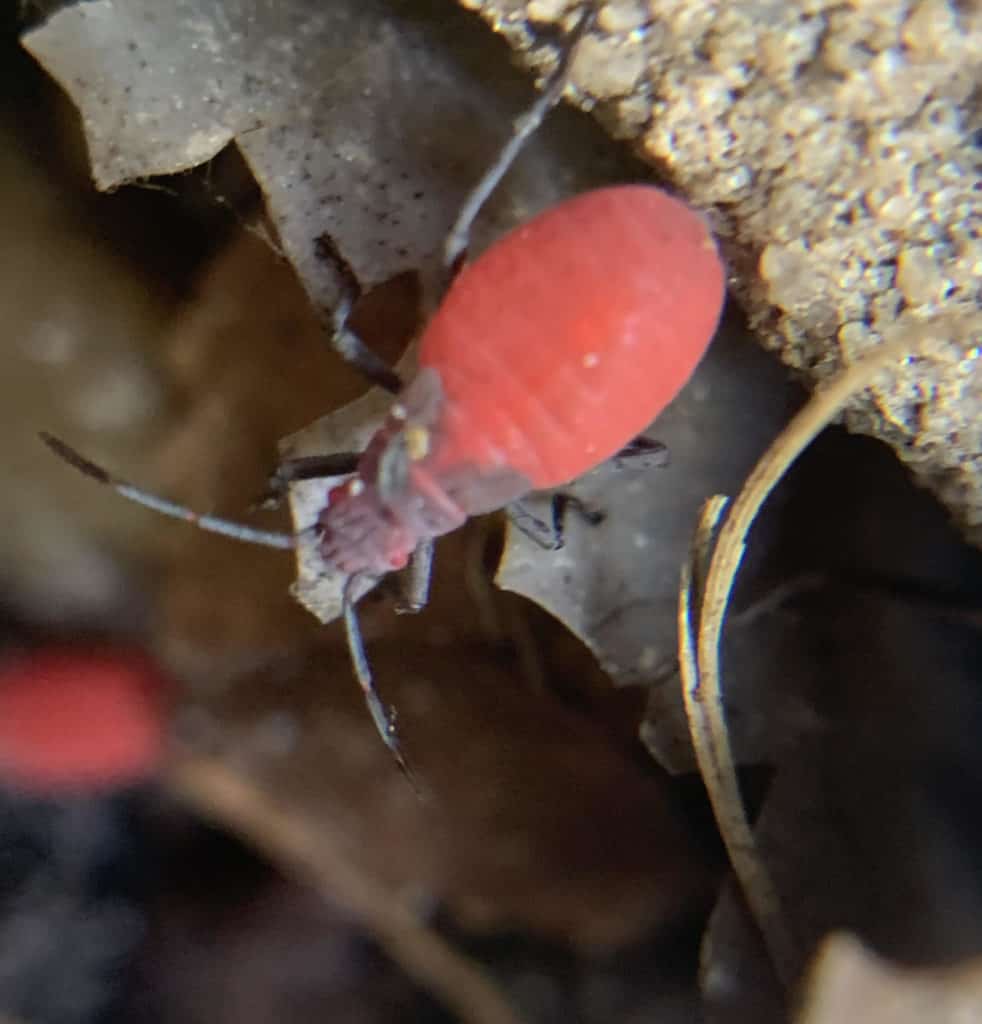 If you see one boxelder bug, you’re sure to find more. Since they have zero interference from predators, they tend to congregate in very large numbers and are commonly found on the sunny side of homes and businesses. As they crawl, they gain entry to your home through small cracks or the sweep of an open door.

Boxelder bugs are only a nuisance pest; they are harmless to humans or pets. They have no stingers, nor venom or fangs.

They have no predators; all predators are repelled by the repulsive odor boxelders exude and their nasty taste when anything tries to eat them. If your dog or cat thinks they are about to chomp down a tasty treat, they will quickly discover that this is one bug best left alone. It is also because of their disgusting odor and taste that they can congregate undisturbed in very large numbers.

They mainly feed on the small seeds of boxelder, maple, and other similar trees. Although not a damaging pest, they are nonetheless a nuisance. 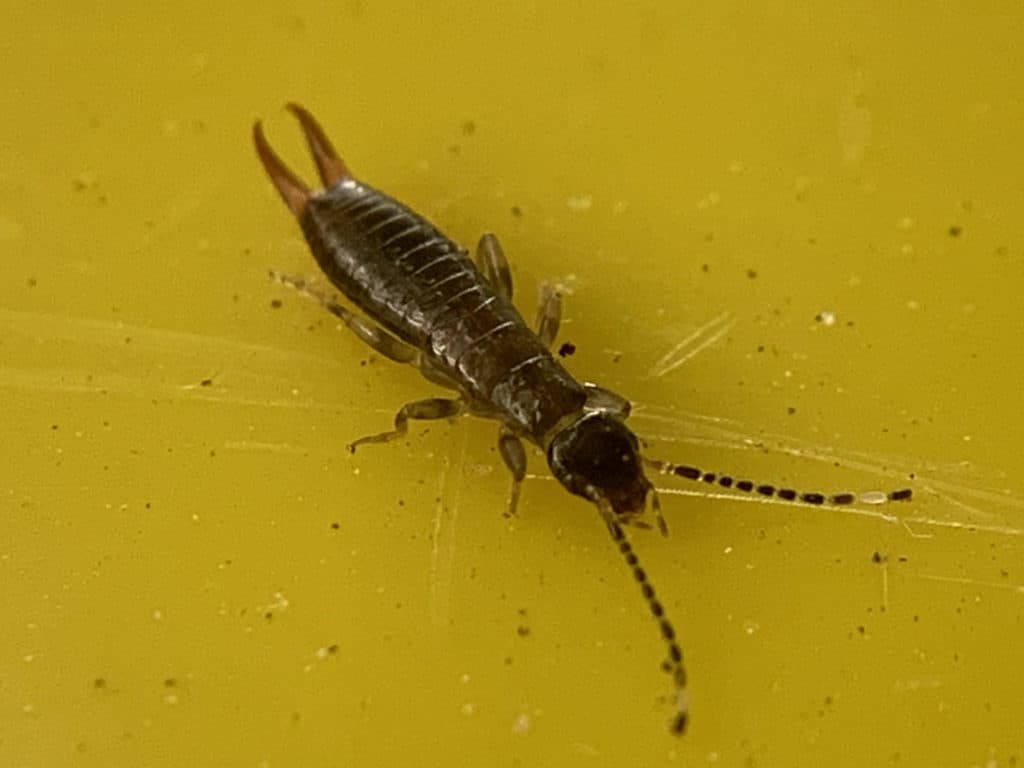 Many of us have seen these creepy looking bugs, perhaps crawling along your driveway, sidewalk, or inside your home. You can also find earwigs under rocks or tree logs. They prefer damp, moist soil where they live just under the soil hunting for and preying on small insects.

Earwigs get their name from the myth that these bugs will crawl into your ear while you are sleeping and eat your brain. This is most certainly not true. They are not harmful to humans. Earwigs belong to the biological order called Dermaptera. This basically means leathery wings. Although earwigs can fly, they are not so good at it and appear clumsy when doing so.

They have large pincers on their rear section. These pincers are modified legs called cerci. Cockroaches and crickets also have cerci, but theirs are much smaller. A male earwig’s pincers are curved while the females are straight. The pincers are used defensively to fight other earwigs. They use their pincers to grab the abdomen of the opposing earwig. Their pincers are also used to grab and eat prey.

Earwigs enter your home through small cracks, gaps, and small holes. They can also be brought inside on plants or between the pot and the bottom saucer containing a plant. Like most bugs, they are attracted to light; even a small nightlight can attract bugs.

Earwigs undergo an incomplete metamorphosis, going from egg to nymph to adult, lacking such stages as the larvae and pupa. The male and female mate in the fall and stay together in their nest to reproduce.

They have three body segments: the head, thorax, and abdomen. Like most bugs, earwigs have an exoskeleton to protect their soft internal organs. Their bodies are small and flat allowing them to fit into small spaces. Earwigs have a brain, eyes. and long bead-like antennae. They have chewing mouthparts. Attached to their thorax are six legs and four wings, two on each side. Earwigs are fast crawlers but are not good fliers, even though they do have wings that can unfold and expand over 10 times their size. The abdomen has 10 segments, and the large pincers give this bug its intimidating look. When in a defense position, earwigs will bend their abdomen over their head much like a scorpion. If you were to get pinched by an earwig, it might hurt, but it would not cause any major damage. 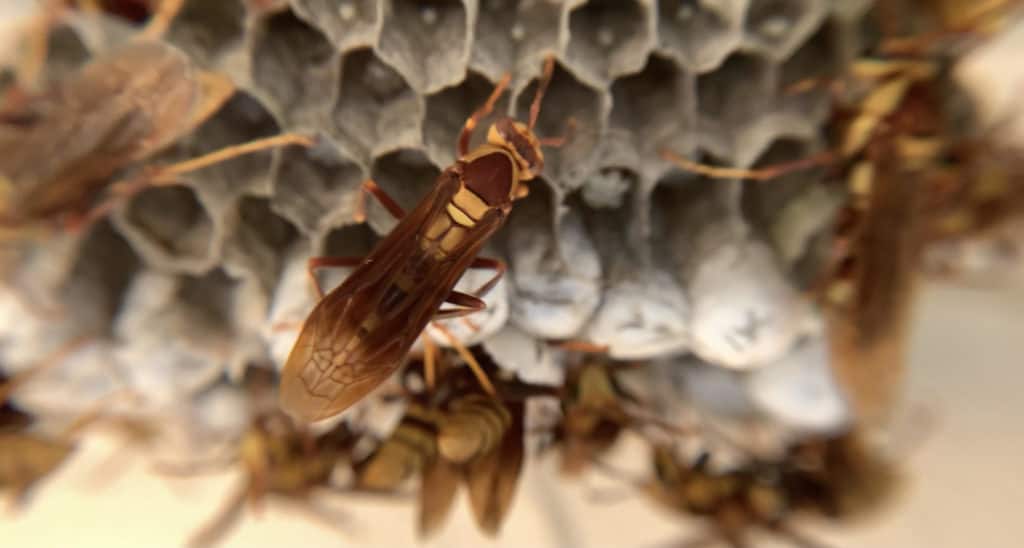 Wasps are important pollinators just as bees are. Unfortunately, they often make their nests around and on our homes under soffits, patio furniture, and barbecue grills, to name a few places.

Disturbing their nest will cause a frenzied attack to protect their nest. Wasps are dangerous and aggressive. Their venom is a nerve toxin, and a sting can become a real emergency for allergic people.

Paper wasps do not have barbed stingers and can sting repeatedly. Some symptoms from paper wasp stings include swelling of the throat, lips, and tongue. You can have difficulty breathing and develop itchy hives and swelling at the site of the sting. In extreme cases, abdominal cramping, diarrhea, and vomiting can develop from the toxins contained in wasp venom.

Paper wasps are social insects with a caste system made up of workers, queens, and males. In the spring, wasps select a nesting sight and lay their eggs. Their nests are made of wood fibers from plants that they chew up and form into hexagonal shaped cells. Wasps forage during the day, preying on other insects, and then rest at night.

They are attracted to things resembling their preferred pollination flowers, trees, and shrubs. To help prevent getting stung, avoid wearing flowered shirts, brightly colored clothes, and jewelry. Also, perfumes and colognes can attract wasps as their scents somewhat mimic the smell of flowering plants.

If you are stung, do not swat, or smash a wasp; that action releases pheromones to other wasps, signaling them to attack you.

To prevent wasps from making nests around your home, call the professionals at Dave’s Pest Control for expert advice and removal of these dangerous pests.

No matter what kind of pests you may have, we can help. Whether it’s rats, paper wasps, earwigs, boxelder bugs, or other crawly things, trust the experts at Dave’s Pest Control.