Formosan termites are a type of termite believed to have been introduced into the United States from China and Taiwan. They are named for Formosa, the former name of Taiwan. 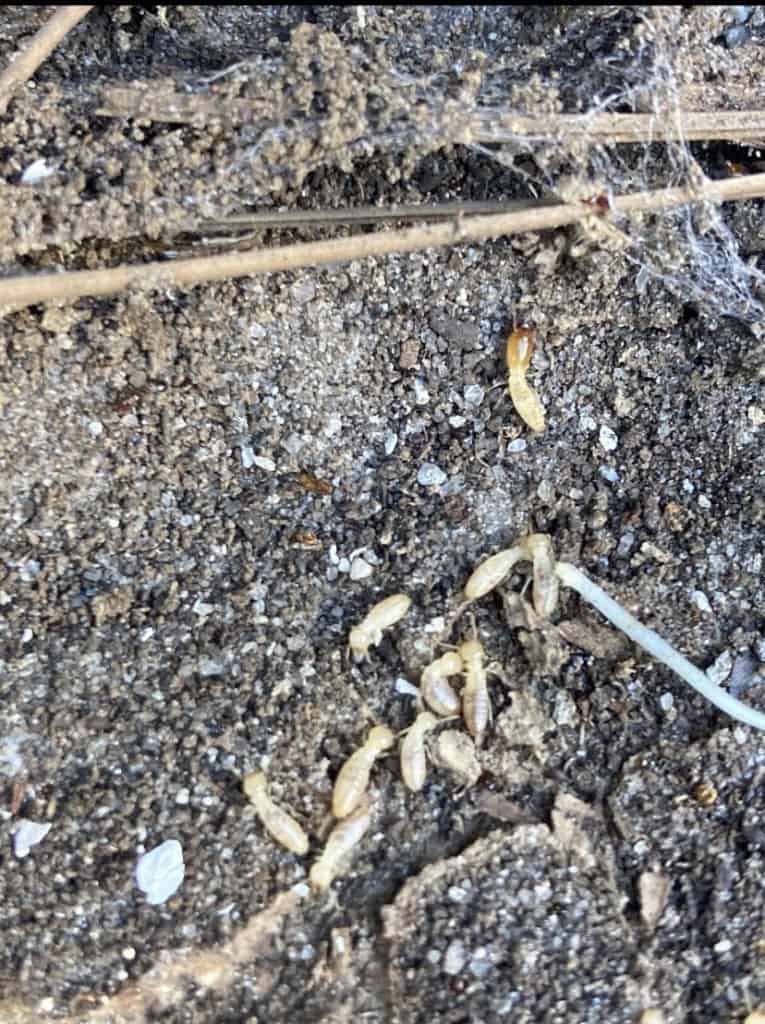 Like the eastern subterranean termite, Formosan termites feed on wood and make mud tunnels to move back and forth from above and below ground. One big difference is that Formosan termites can also build aerial nests above the ground. These nests are called “cartons” and serve as a secondary nest for the termites.

Also, like subterranean termites, they enter our homes and places of business through open cracks, expansion joints, and utility lines. Once inside, they will eat anything containing cellulose. Cellulose is essentially plant fiber that is extracted from wood pulp. Moisture meters can be used to locate areas of high moisture indicating the presence of termites inside your walls. 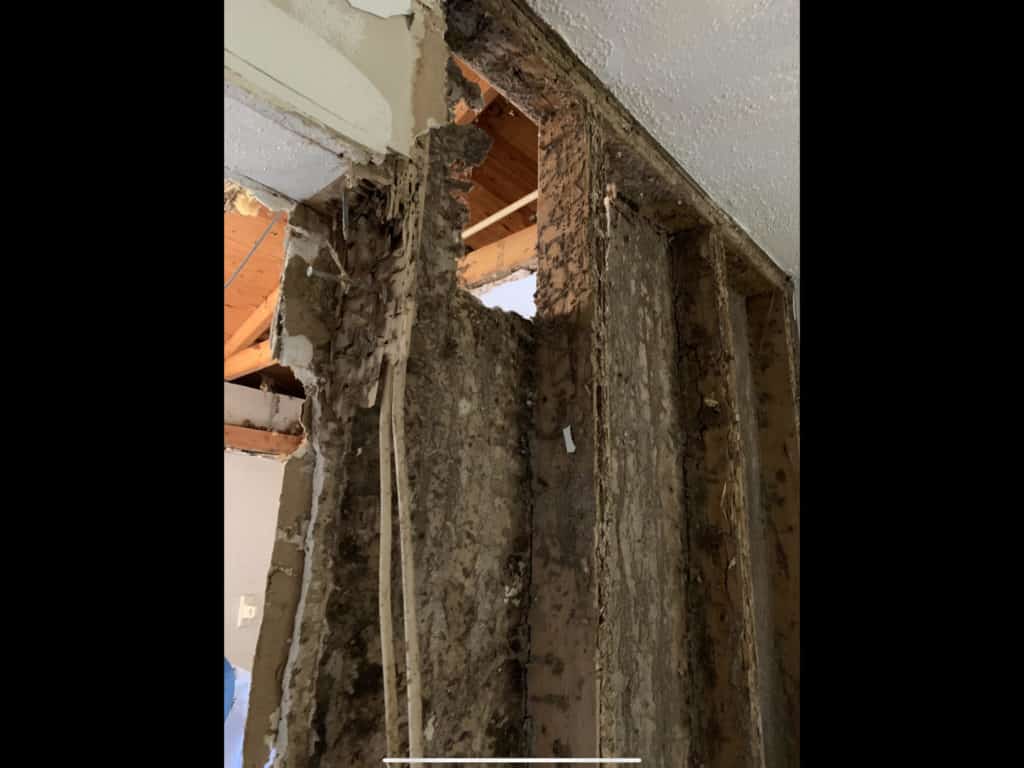 Formosan termites have a caste system made up of workers, soldiers, and reproductive swarmers. The workers are about an eighth of an inch long and are responsible for eating wood to digest cellulose.

Reproductive swarmers are called “alates” and are about one quarter of an inch long and tan in color. Their four wings are the same size in length. 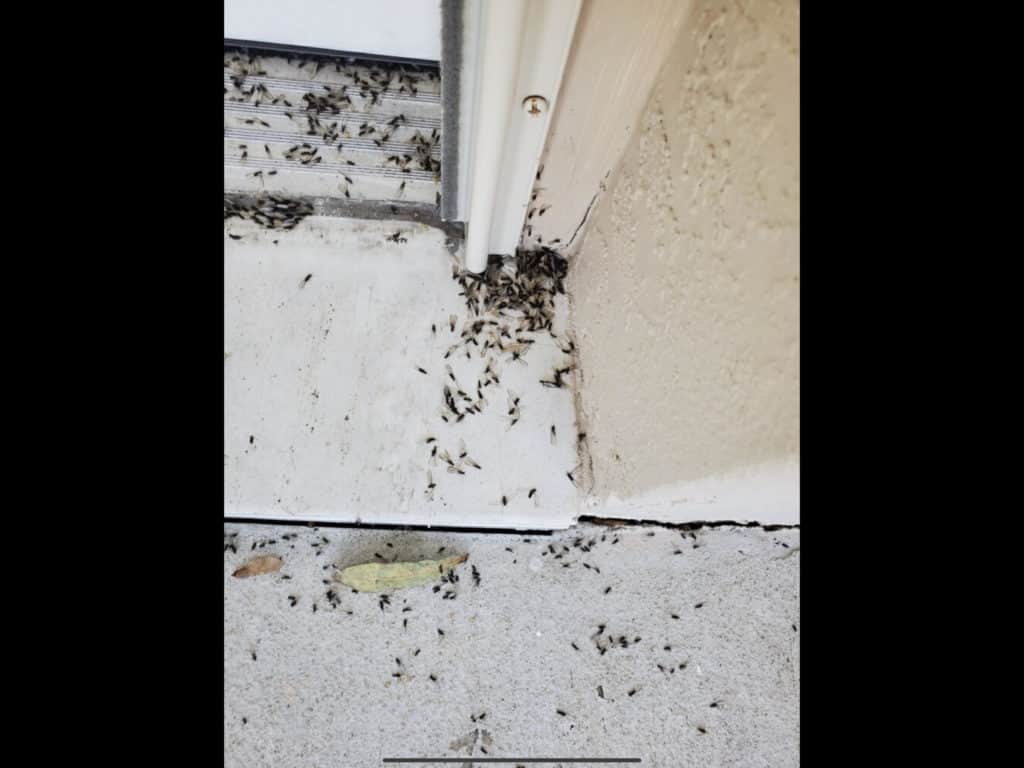 Termite alates are responsible for creating new termite colonies. Seeing them swarm inside your home is a sure sign you have an active termite colony.

Both Subterranean termites and Formosan termites create tunnels and chambers inside wood that go along with the grain, not against it.

Termites are in the order of Isoptera which are considered true social organisms. They undergo an incomplete metamorphosis consisting of an egg, nymph, and adult. Their queens can live up to 50 years, the longest life span of any insect.

The name termite is derived from the Latin word termes, meaning woodworm. Old English referred to termites as white ants or wood ants, but we know now that termites and ants are not similar at all. In fact, termites are closely related to cockroaches and considered to be a sister species.

Termites use chemical pheromones to communicate with each other. A termite’s antenna is used for sensing touch, taste, pheromones, vibration, and heat.

Unlike swarming ants, termites have equal sized back wings and front wings. Male and female termites pair up and land together to search for a suitable place to start a new colony. This is called swarming.

When termites swarm, they fly in many directions for a short time before their wings break off. This flight is known as nuptial flight. Once on the ground, they mate using pheromones to communicate with each other. If a suitable place is found to call home, the two alates will become a king and queen that mate for life.

A termite queen may only lay a few eggs at first but can deposit up to 1000 eggs a day in older, more mature colonies. A king will mate with a queen for life, and they never leave the nest. Since the queen is so large, she cannot feed herself and depends solely on worker termites to feed and groom her. If a queen disappears from the colony, a king can make pheromones to help produce new termite queens.

Formosan termites and subterranean termites both feed on wood and digest the cellulose contained inside the wood using bacteria called protozoa located inside their gut. Protozoa are single-celled organisms that help the termites digest cellulose. It is interesting to note that the exoskeleton of insects is made of a biopolymer called chitin, which is closely related to biopolymers in cellulose. It is said “you are what you eat;” in the case of termites, this is extremely true.

Termite Workers
Termite workers are responsible for the damage we often find. Workers are also responsible for feeding the king and queen. Worker termites also feed the soldiers and care for the larvae. They are appropriately named; workers do just about everything needed for a healthy, thriving, reproductive eusocial colony.

A growing termite colony needs an army to defend itself from invaders. This is the job of termite soldiers. You can tell a soldier termite by the large mandibles attached to its big head. When invading ants threaten the existence of the colony, termite soldiers immediately go on the offensive and attack. They bravely fight to the death protecting their home, their workers, and the king and queen.

A scientific study done in 2018 and published by the Royal Society showed that the age of a termite played a determining role in deciding who defends the colony from an attack. It was previously believed that the best candidate to take on the defense of a colony is a young, sterile soldier. The results from this study, however, revealed just the opposite. Older, more mature soldier termites consistently attacked and defended the colony better than the younger termite soldiers.

This age specific task ensures the overall survival of all the soldiers in the colony. When a predator ant was placed in a petri dish with both young and old soldier termites, the older termites quickly attacked and fought the predators to the death. Younger soldiers were more timid and more hesitant to defend the colony.

In the United States, homeowners spend an estimated five billion dollars a year on termite control and prevention. Termites are the major structural pest in Florida, inflicting significant damage to homes and businesses alike.

They are also incredibly important to the natural environment through their breaking down and recycling dead wood, branches, and tree limbs.

Termites grow by molting as do many other organisms on earth. Molting is derived from Latin and means to change. Other species that molt are spiders, lizards, tree crabs, snakes, frogs, dogs, cats, and chickens. 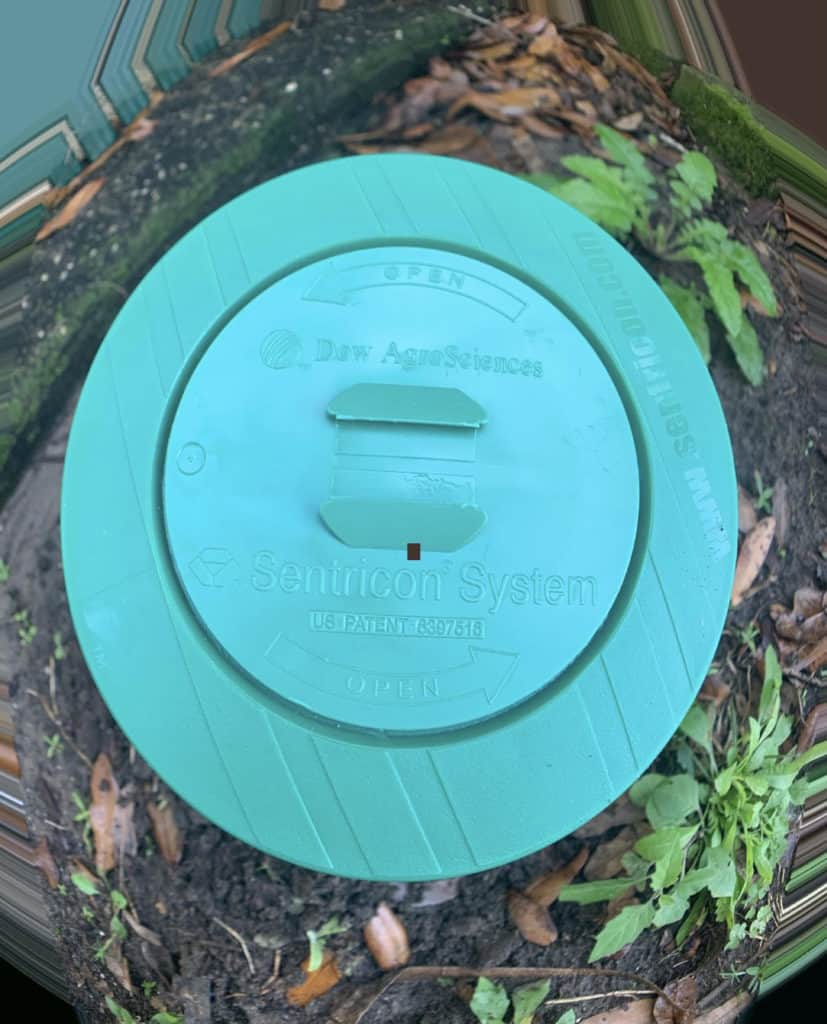 Our sentricon bait stations use this molting process to stop termites from successful development. An insect’s exoskeleton is made of an inner and outer protein layer. After consuming the sentricon bait, termites cannot molt.

Inside each bait station is a circular block of a highly dense formulation of cellulose and an insecticide called noviflumuron. Noviflumuron is an insect growth regulator (IGR) that prevents successful molting and development of both Formosan and subterranean termites.

This disruption in the termite development leads to the decline and death of the entire colony. In scientific studies, Recruit HD bait was placed side by side with normal wood. Termites would choose the Recruit HD bait matrix over the wood. Interestingly, the bait becomes more favorable the longer it is in the soil. The bait formulation remains effective for up to eight years.

Once a year the bait is checked. If the bait is untouched, it is left in the ground. However, if the bait has been consumed and more than a third of the bait is gone, it will be changed.

More frequent inspections should be carried out if a heavy infestation is suspected. If active termites are already present, we have many options to stop them quickly from damaging your property using Sentricon Recruit AG Flex pack. This is especially useful for termites that are above the ground in aerial nests.

Protect your home or business with Sentricon. 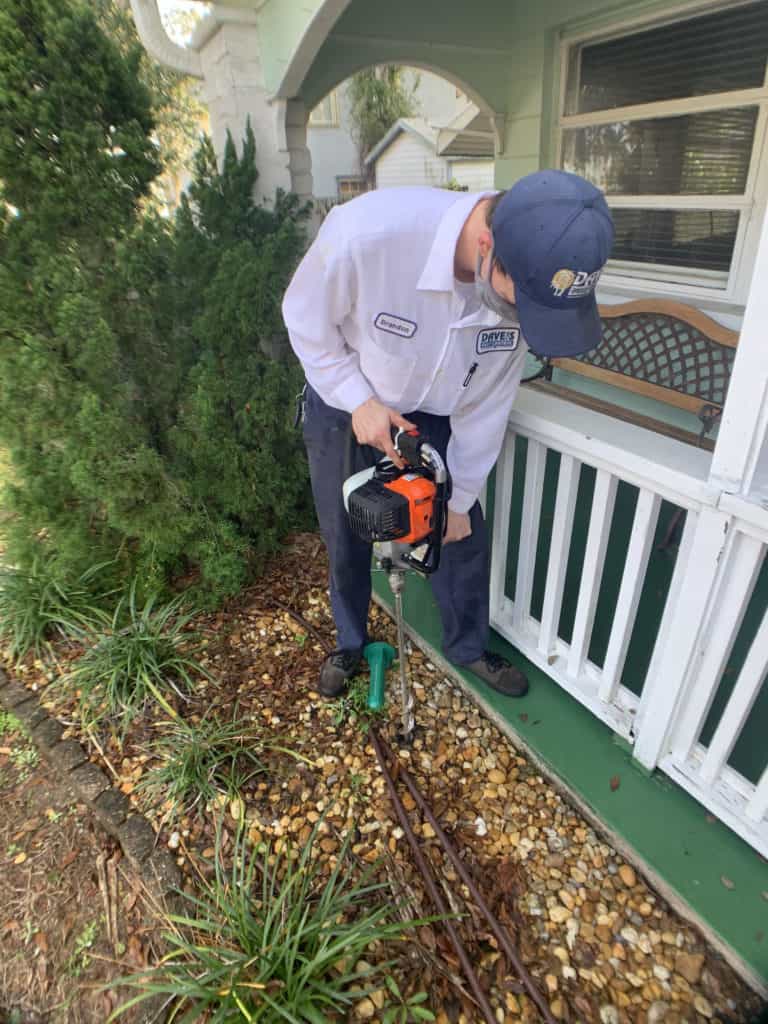 Call us today for a free consultation.