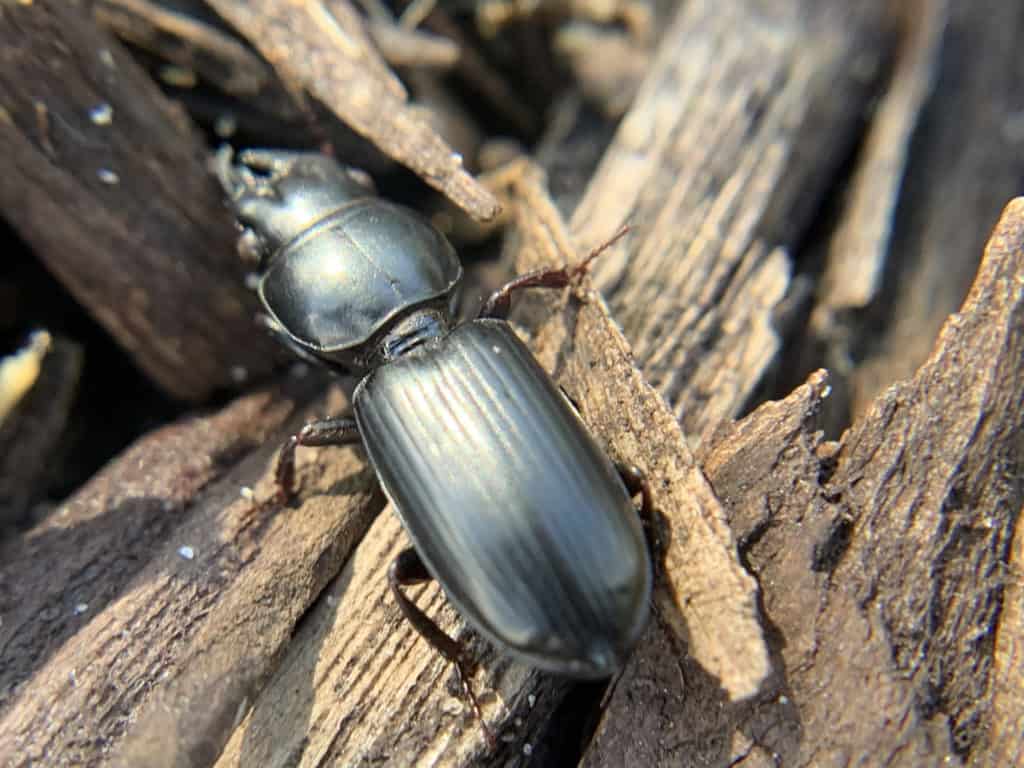 A closer look at unfamiliar pests we may see in our homes, condominiums and businesses.

Creepy crawly insects have been on earth for billions of years. Some bugs have continuously plagued mankind for centuries. Most of us know many of the common insects that get into our homes such as ants, spiders, and cockroaches, but there are many other pests that interrupt our daily lives that we may not recognize so easily.

Familiar bugs that invade our living spaces are seen as a minor inconvenience, but when we see insects we can’t identify, we may feel bewildered as to what to do about them. Fear and panic are natural responses to suddenly seeing an odd-looking bug. 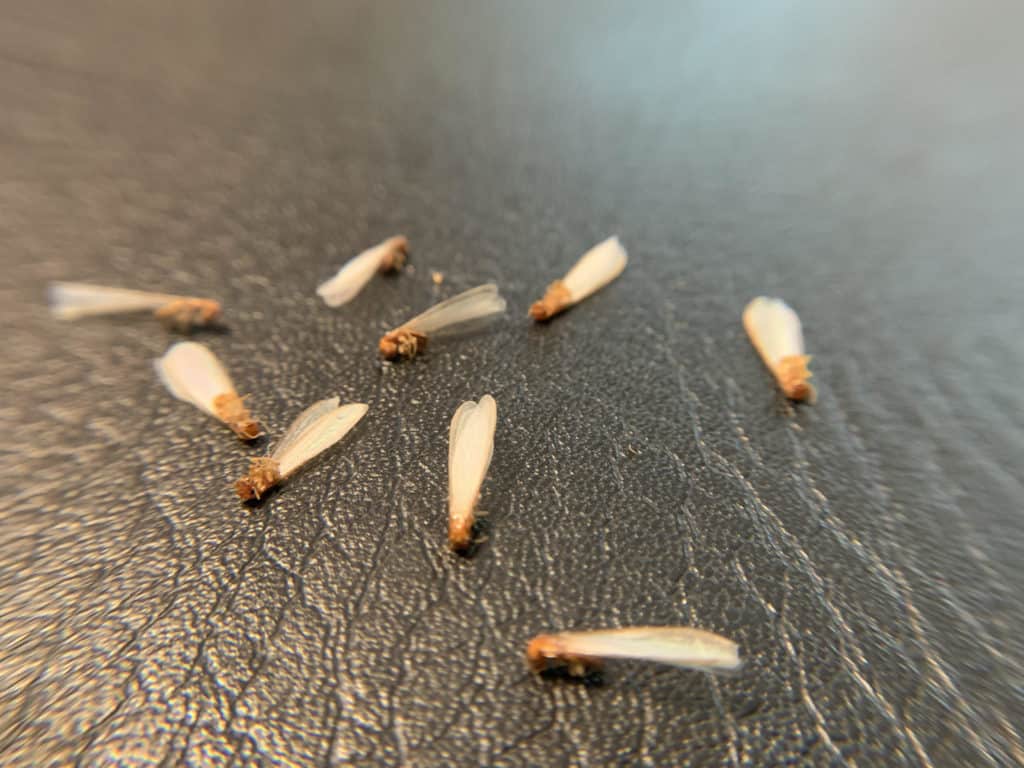 A customer in New Smyrna Beach once told us that a large swarm of bugs had gotten into her home. In fear, she grabbed a can of insect spray and started spraying indiscriminately on everything in her home, including her husband. (Poor guy, but not to worry, he’s fine and bug free!)

Dave’s Pest Control came to the rescue and dealt safely with the termites.

Termites swarm twice a year to mate and to establish new colonies. When these wood eating bugs emerge and take flight, they are called Aletes. Aletes fly toward light. Their wings quickly break off and most don’t live very long. The few that do survive create new colonies.

Swarming termites are a favorite food for ants, birds, lizards, and geckos.

Pantry pests are a common sight in kitchens and pantries all over Volusia and Flagler counties. Rice Weevils can infest stored products like rice, flour, and pasta. These odd-looking bugs can appear suddenly in large numbers. Hundreds of bugs can be found all over a home infested with rice weevils. By nature, these pests fan out from their original nesting site and will even crawl up walls and ceilings.

To prevent pantry pests like weevils, keep items like rice, flour, pasta, and breadcrumbs in sealed containers, preferably in the refrigerator. Throw away any food that is past the expiration date.

Rice weevils are not dangerous to humans either in the larvae stage, or in the adult beetle stage. Accidentally consuming them will not harm you, but probably taste disgusting.

The Indian meal moth is probably the most troublesome pest infestation in stored pantry products. They feed vigorously on cereals, rice, grains, dried fruits, crackers, nuts, and many processed foods. Moth larvae are even capable of chewing through plastic bags and cardboard.

As an extremely invasive pest, elimination can be expensive and time-consuming. Inspect as closely as possible all food bought from grocery stores and seal in airtight containers when you bring them home. Stored foods should be consumed within 6 months. Keeping food for long periods of time greatly increases the likelihood of having an infestation of pantry pests. Always throw away food that is past its expiration date.

As with all moths and butterflies, it is the larvae that do damage. Feeding on grains and wheat, moths can lay up to 400 eggs at a time and hatch in about seven days. Moths undergo a complete metamorphosis, starting their life as eggs, and then hatching into larvae. It is the larvae stage that causes the most degradation of food.

Feeding can last two to three months before they spin into cocoons. After 18 to 23 days, adult moths emerge. Females lay hundreds of eggs on nearby food and the life cycle continues.

Indian meal moths may be found inside infested products or flying around homes. The larvae look like white worms with shades of yellow, green, and brown, and grow up to half an inch long. A white silk webbing can be found on the surface of the infested product.

It is not uncommon to see caterpillars or cocoons on ceilings and walls, and adult moths can be found weeks after the infested products have been removed.

Moths may have lived thousands of years before recorded history. Although very few moth fossils exist, there are some that have been preserved in amber and some in fine sand and sediments. Most insects, like moths, have chitin exoskeletons rather than mineralized bones, so their decomposition isn’t like that of mammals.

It is interesting to note that both moths and butterflies share the same DNA and genetic sequences, only differing slightly in some cellular development. This results in small but notable differences.

Like pantry pests, the larvae stage of development causes the most damage. The creamy white larvae can be up to half an inch long and commonly infest:

Mothballs can be used to prevent and control moths. Mothballs are made from a chemical called naphthalene or dichlorobenzene, both of which have a strong, pungent odor and evaporate directly into a gas that is toxic to moth larvae and adult moths.

Using mothballs to control moths is effective in areas like attics and crawl spaces, but the strong odor makes their use in kitchens undesirable. Carpet beetles are attracted to natural animal fibers like wool, cotton, silk, fur, and feathers. Like clothes moths, they digest keratin and can be found in the same type of clothing, bedding, and furniture.

People often see small bugs crawling across their pillows, blankets, and walls, and wonder what they are. At first, most think they are bed bugs. Upon closer inspection, you will see these bugs are not like bed bugs at all.

Carpet beetles in their larvae stage look like small hairy worms or caterpillars. Adults are similar to bed bugs in size and appearance. Both can be small and flat, but carpet beetles are more striped or spotted and are white and brown in color.

Carpet beetles do not feed on blood as bed bugs do. They nest inside furniture and carpeting. Although these pests do not bite, allergic reactions can develop over time, causing red, itchy bumps on the skin.

An infestation can go unnoticed for months. Adult beetles feed on pollen outdoors and can fly inside your home through open doors or windows and lay eggs in carpeting and furniture.

The Deathwatch beetle is a small wood boring beetle that lives in dead wood. The larvae tunnel through wood, causing great damage to wooden beams, trusses, and floors. Adult beetles emerge in the springtime from small holes they have chewed through to the wood’s surface. These holes are about an inch in diameter and can be numerous.

The Deathwatch beetle gets its name from the tapping noise this beetle makes. This tapping was often heard early in the morning. Before electricity, lying in bed in a dark, cold bedroom, and hearing strange noises coming from inside your walls, must have been spooky and scary. Superstitious people claimed it was the countdown to your death. Vivid imaginations created ghosts and superstitions to explain the eerie sounds emanating from the walls.

We now know that this tapping is a behavioral trait of the male beetles used for attracting a mate.

Deathwatch beetles are just one of many similar beetles belonging to the Anobiidae family of wood boring beetles. The frass from these pests is somewhat coarse like beach sand. Frass is the name given to the expelled digested wood from wood boring insects.

Powderpost beetles mainly infest hardwoods like oak, hickory, ash, walnut, and mahogany. Often infestation occurs in wood flooring, window, and door frames, furniture, tables, and chairs. These beetles can be carried inside via firewood, picture frames, or other wooden items used in the home.

As the name suggests, a fine powdery frass is ejected from the holes in wood infested with powderpost beetles as the adults emerge. The holes are small, averaging from a sixteenth to an eighth of an inch in diameter. Usually, there are many holes in infested wood.

Dave’s Pest Control provides wood destroying organism reports for real estate transactions. We specifically look for pests that infest wood by performing a detailed inspection of your home or business. These reports are mandatory for refinancing a loan through a credit union or the Veterans Administration. Even when these reports show no evidence of wood destroying organisms, we will make recommendations to help prevent any future problems.

You may not always recognize each of the plethora of bugs in our Sunshine State, but the expert technicians at Dave’s Pest Control can accurately identify any bug that dares to invade your home. Identifying uncommon pests that intrude upon our lives is just one of many services Dave’s Pest Control provides.

Whether you find bugs you know, or those you don’t recognize in your home or business, give us a call for a free, no obligation consultation.