Our fight against Bed Bugs

When treating a bedroom for a bed bug infestation, many factors must be considered. Rooms need to be treated thoroughly and done multiple times. Bed bugs lay very small, almost clear eggs which are hard to see. Chemical sprays do not affect the eggs, and we must rely on the newborn nymphs to come into contact with the residual from sprays. 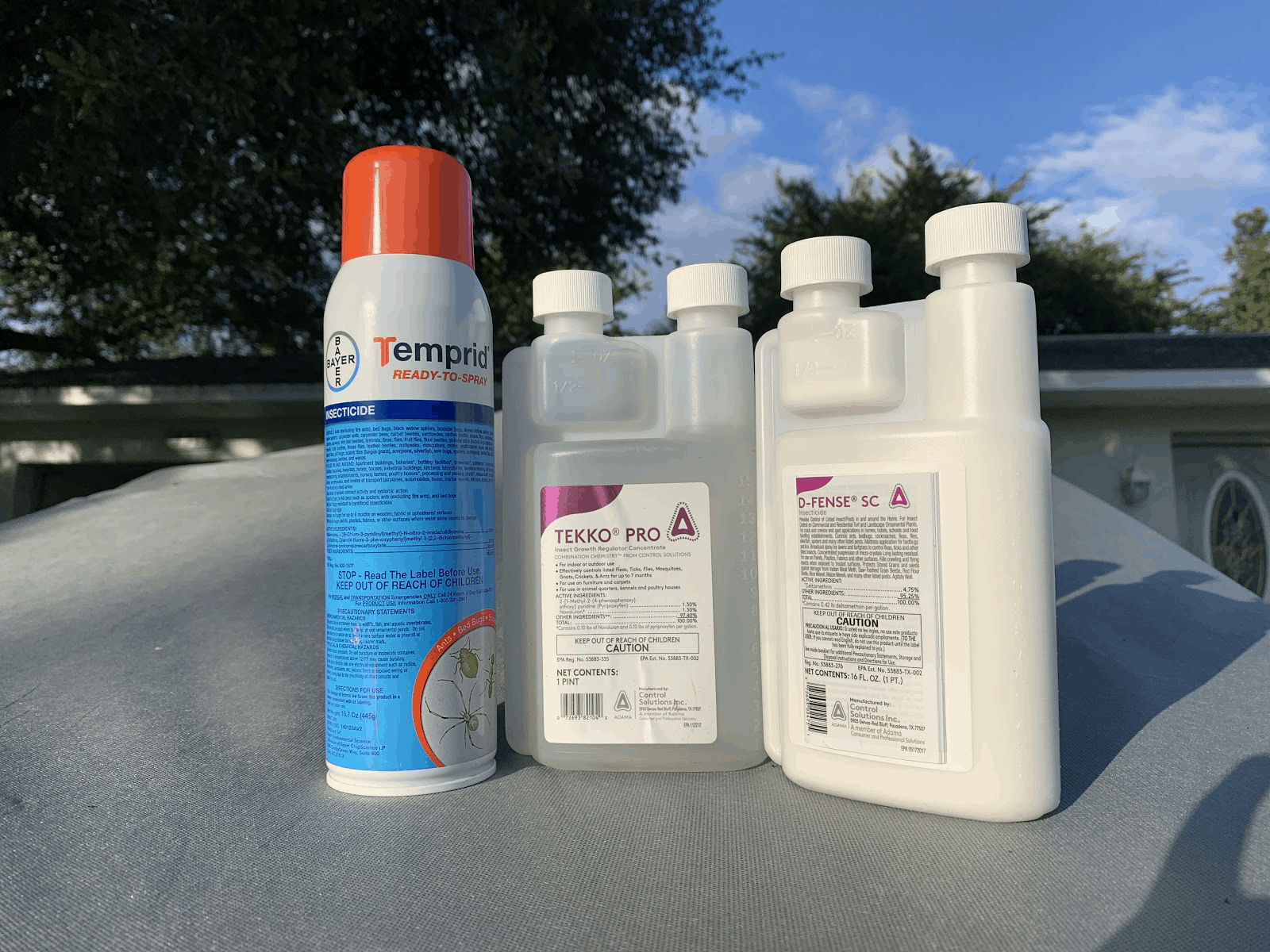 To treat these tiny blood sucking creatures, you must have knowledge of the pests’ growth cycle, their feeding habits, and where they choose to hide.

You must also determine which products to use. That’s when you can run into trouble. There are hundreds of products to choose from and they all basically say the same thing—”bug killer.” What most people do not realize is bed bugs, like many other bugs, are always evolving and adapting to their environment.

Bed bugs have evolved over the years and have become more resistant to chemical sprays. Chemicals previously used are no longer effective in controlling bed bugs. It’s time to surrender our old pesticides and usher in a new dawn of pesticides that will safely eliminate pests such as bed bugs, without harming the environment for future decades.

Up until the 1930s, farmers grew enough crops to feed themselves, their families, and maybe a few others. Most farms grew several different types of crops; any extra would have been sold at local markets.

As farming technologies grew and improved, people began to grow only one type of crop. This was usually corn, wheat, or some other type of “cash crop.’’ By producing large amounts of one crop such as corn, farmers could make a profit and reinvest in their farms.

By only growing one type of crop, insects had an endless supply of food and habitat without any interference from natural predators. Farms that were dependent on corn as an export had an influx of pests like cutworms, chinch bugs, and thrips, to name a few.

Most of the early attempts at controlling pests with chemicals like arsenic, sulfur, and copper were futile. Arsenic was used for centuries as a poison and a way to kill unwanted pests. Arsenic and copper were used together as a fungicide. Some farmers would fill a copper bowl of water and dip their seeds in it to prevent crop diseases.

Necessity is most often the mother of invention. We are naturally repulsed by bugs like roaches, spiders, bed bugs, and flies. Our brains are hardwired to fear these ancient creatures—for good reason. Modern advancements in science and technology led us to the understanding that filth and bugs bring sickness and disease.

The Golden age of DDT

Early in the nineteenth century, DDT Dichlorodiphenyltrichloroethane, was first synthesized by a German chemist. Organochlorine pesticides are chlorinated hydrocarbons that do not break down easily and remain active for a long period of time. Although not soluble in water, organochlorines are easily absorbed by soil and sediments.

When first made, DDT was known to kill insects, but its true potential was not realized until years later. Little was known about the correlation between insects and disease prior to the 1930s; everything would change with the advent of war.

When Japan bombed Pearl Harbor and set in motion the wheels of war, our American troops needed every ounce of help they could get. Marching on foot in unfamiliar territory, our troops became targets for malaria infecting mosquitoes and many other pests. Fleas would spread the plague and flies caused typhoid and dysentery.

This new understanding of the relationship between pests and disease was seen as nothing short of revolutionary. Something had to be done to destroy these pests.

American and Allied troops needed a defense against these foreign parasites and the powerful insect killer DDT was used with reckless abandon.  It was considered a miracle that gave our overseas troops protection from many different pests worldwide and also gave them an added layer of protection from at least one of the perils of war: disease.

DDT’s huge popularity became the secret weapon against mosquitos, fleas, flies, and bed bugs. It was also used in everything from powders to treat head lice, to paints for your home. It was made into dips, powders, sprays, and many other items. DDT is odorless, tasteless, and colorless. Parents sprayed their children with DDT, unaware of the risks associated with this wonder chemical.

In time, scientists discovered that this miraculous pesticide caused serious ailments and put anyone who works with it in grave danger.

The very things that made DDT so popular began to evoke concern. It was known that when this pesticide was applied to a surface, bugs that came into contact with it would die, but for how long would the treated area kill bugs? For six months? Or six years?

Studies found that DDT could remain for many, many years. The most shocking revelation came with the discovery that it can take up to 15 years for half of the pesticide to degrade beyond detection. In addition, the poison would show up in animals far from treated zones.

Organophosphates work by disturbing the normal functioning of neurons in the brain. Bugs that are exposed to organophosphates twitch and convulse uncontrollably. This is referred to as a neurotoxicity, and humans can also be affected by this poison.

The widespread use of DDT was banned because of these health concerns. DDT remains active in treated areas for far too long, posing a grave heath risk for both applicators and the public. People could be exposed to this deadly insecticide just by accidentally coming into contact with a treated area.

Organochlorines were not the first class of pesticides to be banned. Other early pesticides made from organochlorine are now banned, including methoxychlor and benzene hexachloride (Lindane). Tobacco has also been used for ages in pest control. The toxic compounds found in nicotine make an excellent pesticide and can also help prevent certain diseases caused by fungi.

Pyrethroids are synthetic compounds that mimic the effects of pyrethrin and  are very commonly in use today. Pyrethrins and pyrethrums are derived from flowers in the chrysanthemum family. Other chemicals are added to the extracted pyrethrins to make a stable insecticide that does not break down quickly. Both natural and synthetic, pyrethrins can kill a broad range of insects and can provide long lasting residual control.

This has been the standard insecticide for a quick knockdown of pests. Since pyrethrins are made from flowers, insects are predisposed to their toxic effects.

IGR is the acronym for Insect growth regulator. By combining an IGR and an insecticide, the effectiveness of the treatment is more than doubled.

Insect growth regulators work by stopping an insect’s ability to make chitin—the major constituent of the exoskeletons of insects—and inhibits their ability to produce growth hormones. IGR’s mostly affect the egg and larva stage in an insect’s life cycle and render the adults sterile.

Bed bugs have become resistant to pyrethroids. Over many years, they have developed the ability to produce chemicals in their chitin that absorbs pyrethrins before the chemical enters their bloodstreams. This ingenious adaptation has helped bed bugs live through the many onslaughts of pyrethroid used against them.

Some blame the resurgence of bed bugs on the ban of pesticides like DDT. During the 1980s and 90s, bed bugs were a historic tale that grandparents would tell. There was no need for the MTV generation to pray away bed bugs; there were none to be found.

Today’s pesticides are incredibly safer than yesterday’s. Many of the synthetic insecticide compounds we find today provide excellent protection and do not persist for endless periods of time. Depending on many factors, most insecticides will provide about six months of residual control. Temperature, humidity, and sunlight can break down insecticides as well as many herbicides, fungicides, and neonicotinoids.

Dave’s Pest Control has technicians with decades of experience behind them who are ready to work for you. No job is too small or too big.

Call us today for more information on protecting your home, business, or condominium against bugs.